A downloadable jottel for Windows

While wandering around aimlessly through the void, your spaceship encounters a giant flying human head.
Then all of a sudden, the head aggressively devours your ship and begins to crush your ship into pieces!

As your ship is about to become a pile of (not so delicious) metal rubble, you decide to act up and activate the emergency 'get-out' button, that's been designed for this specific scenario.
A few moments later, the giant flying head spits out your ship, and you successfully manage to escape the imminent danger!

As you thank the thoughtful engineers who thought in advance, you notice that the ship has been wrecked beyond repair, and it's not operating anymore.
To make the situation worse, you realize that you're stuck in the evacuation shelter room.
You then remember about the ship's JOTTEL: The remotely controlled robot agent whose purpose is to aid the ship's repair in the events like this.

You boot up your terminal, connect it to the agent to see if you can use it to save yourself from this sticky situation.
Thankfully, seems like the agent's still working... But it's missing a few vital parts that are required to operate it properly.
But there are no other options than to deploy it and hope for the best...

Now you, as the operator of the agent has to remotely control the JOTTEL to repair & recharge your ship, Good luck.

Hey! This game is still being worked on. (albeit slowly)

My plan is to first release the 'Stability build' in order to solve a few critical problems the original gamejam build has & then make a 'full version', with (a bit) more contents to play!

'Til then, stay tuned! Peace

This game is almost like any other metroidvanias, but I decided to get a bit experimental with the game.
Getting ideas from the jam's theme, "OUT OF CONTROL",  I made it so that in order to use the upgrades, you have to 'spend' your controls. This resulted in the player would run out of available controls to assign the items into at certain point, leading to some item-juggling shenanigans.

While I was quite happy with the initial ideas of the game, ultimately I don't think I'm satisfied by the resulting game & execution of the idea..
The game has some design flaws such as some items serving no practical purposes & I didn't convey the idea well enough to make an interesting gameplay that I originally intended.

I am looking forward to revisit this concept and improve upon it later when I have more time to rethink and design a better gameplay.

The GMTK build & Post-jam build of the game's source code is now open source on the Github!
See the repo here : github.com/TandyRum1024/jam-keyhoard-jottel

is it a good game?

it is. surely a game
but is it a good game?
now that is a complicated question and there is no easy answer.

probably not that good

What's the point of the gun? And the healt upgrades? Just taking up space?

The gun was meant to make it possible to eliminate the enemies, but since enemies in current build has virtually next to no threat it is next to no use, unfortunately.
Also the health upgrade increases your maximum health by certain amount, but as the same reason as the gun item, it's not really necessary to beat the game.
Those two are obviously my mistake on game design, and I am going to revisit the game design in later updates when I have more time to rethink & explore more on the game's idea.

nice game although I guess you can get soft lock if you don't think about which power up to exchange for a power core, also changing key as confirmation, but it is useless since once you pressed one key you are force to confirm it (can't change it for an other)

but never the less it is a pretty good game

Thanks for your feedback!
By the way, you can change the assigning keys by pressing escape key to cancel the confirm / item assigning. I should've made them more clear but I couldn't do it in the original 48 hour deadline.

Haha yes, Thank you so much! 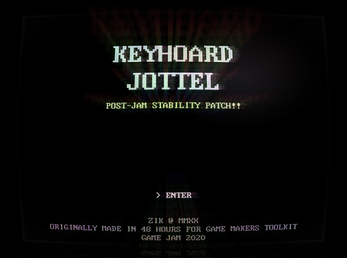 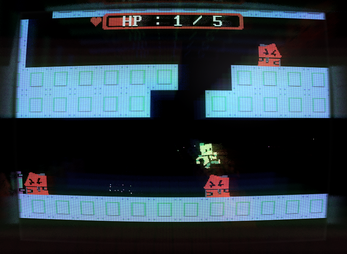 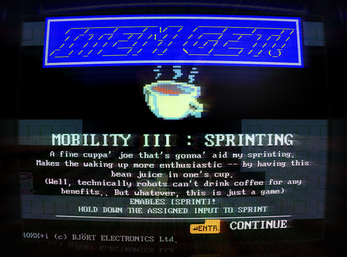 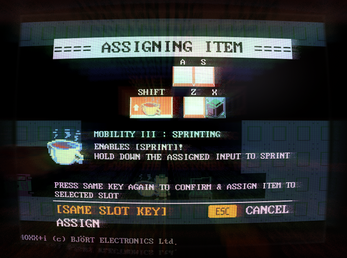 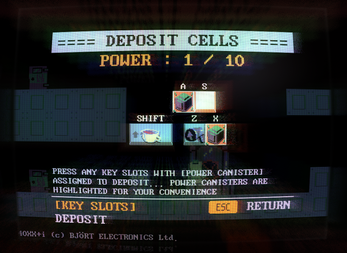 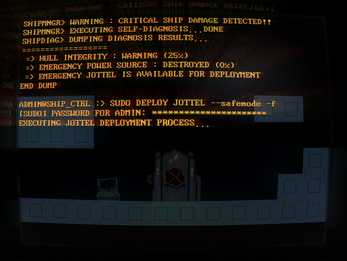 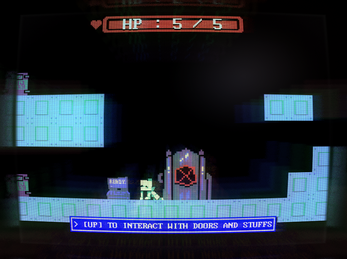 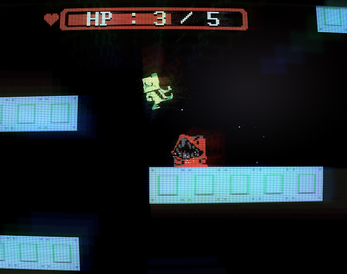 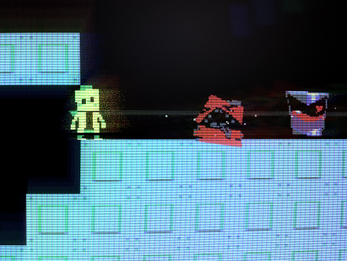