How did all of this begun? IDK, really. 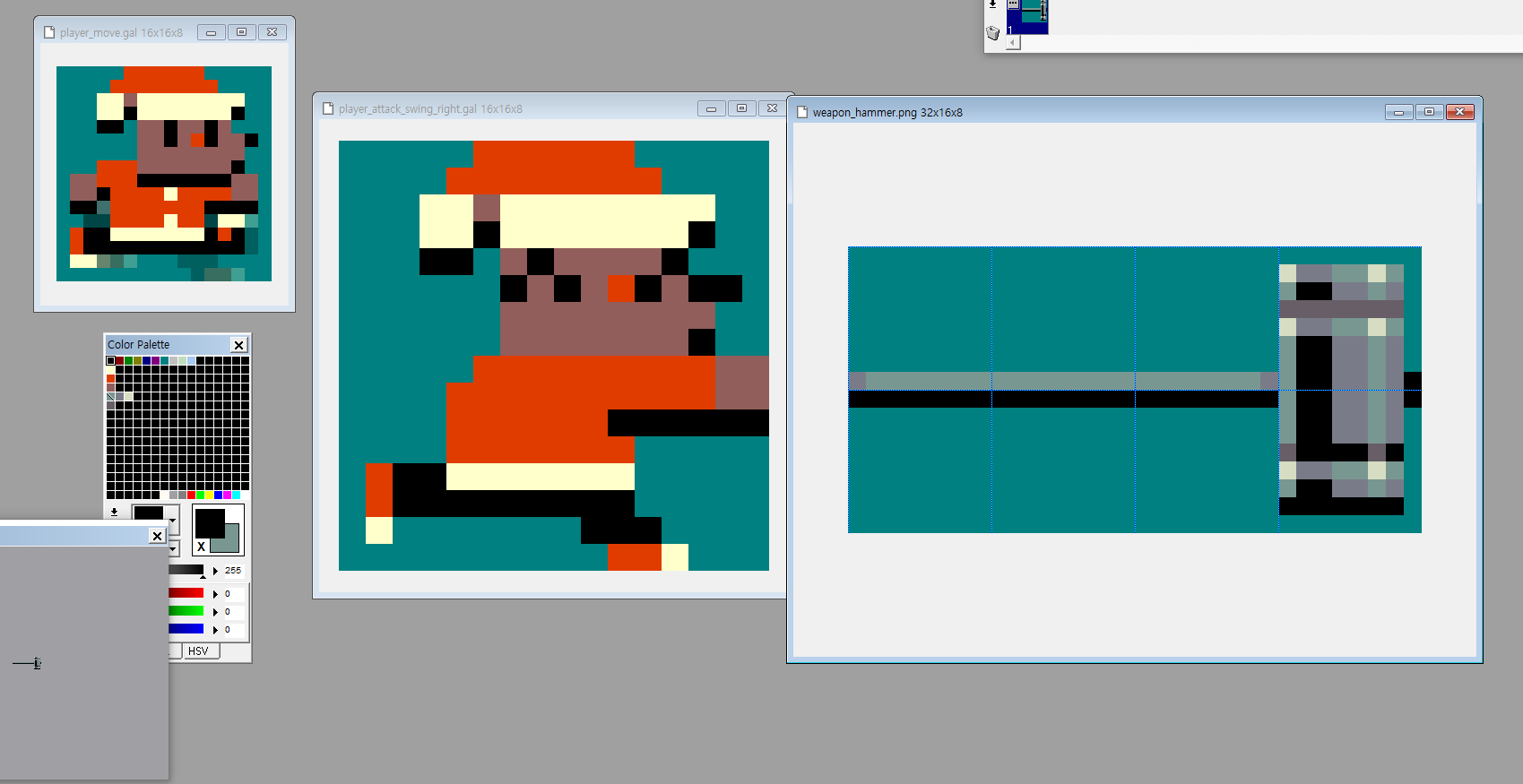 I'm really happy to announce you that my WIP solo-development project, CRIKEYMAS™ is finally got it's prototype build up & running!
I did (and will do) all of the assets, from game's graphics and code, to musics as a some sort of personal challenge, And while doing that way was certainly challenging, I have no regrets for that decision; I was able to learn a lot about gamemaking's various aspects.
Afterall, it was very fun to make my own assets!

Anywho, to celebrate(?) my game's prototype release, I'm going to talk about my old game(s) that inspired the CRIKEYMAS and (some sort of) origins of my game.

The story starts in all the way back to 2017.. When I was still in the Highschool.
For the weekend game jam that I was participating, I whipped up a short metroidvania platformer that features a huge knife that you could control  & swing around with arrow keys.

The game itself was quite short, But I was quite proud of the knife mechanic I have written. It was heavily based off by how you can swing your sword around in the game called Roblox, Which I used to play a lot when I was a wee lad kid.

But while I was happy about the final product & it's knife-swinging mechanics, I still wanted to improve this knife mechanic and I would think about the knife mechanics a lot even when I wasn't working on the game!

The final short metroidvania can be found & played here : https://zikbakguru.itch.io/mothercooker
(The game only supports Korean, though.)

And because the school was in summer vacation at that moment, I had some free time lying around -- So I have decided to enter the game jam, to challenge myself to make a game in 48 hours (again!)

As you can see in the GIF above, I began messing with the idea of selecting only one abilities out of three.
And one of the ability was of course, the huge sword that you can swing, penetrate & skew enemies and then throw them out, and even bounce off the ground by slamming the ground! (sounds a *bit* similar, eh?)

(this is the final entry for the GMTK jam; the entry was totally different game :/)

But if you had seen my final entry for GMTK jam already, You'll notice that the two platformer prototype GIFs above and the final game isn't.. exactly the same stuff.
That's because I scrapped the above idea because of I thought the idea would take a lot of time to make and I woudn't be able to finish it in time. Instead, I went with this simpler arcade game idea where you lure the bullets into enemies to kill them.

Then I went on, kinda regretting that I had scrapped this good sword-swinging idea.

One year later,  in October 2019, I had participated in another jam!
The jam's limtations were that you can only use one button to control the game.

So, after brainstorming for a few days, I came up with the idea of "lunging" forwards with one button and manipulate your direction with reflective slopes. I also added the feature where you can use your (dangly) rapier to skew the enemies like a shish-kebab and then throw them away to defeat them, borrowing unused ideas that I scrapped in the GMTK jam. 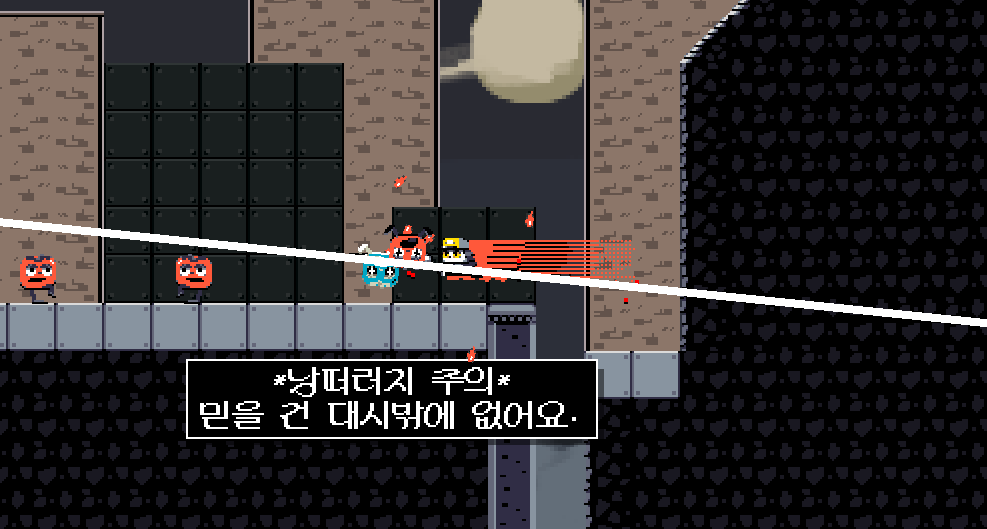 The result was quite interesting & successful! And to this day I'm adding more polish to the game.

Right after I got my confidence and gathered up enough ideas for the "swing-able melee attack" concept, I begun making another prototype.
This time however, I wasn't participating in any jams; I was soley doing it to make one of my dream game come to life.

I originally meant to release this as a very, very short 'joke' game for Christmas, But things... has happened and I decided to keep working on this project until I was satisfied and felt proud with the result. 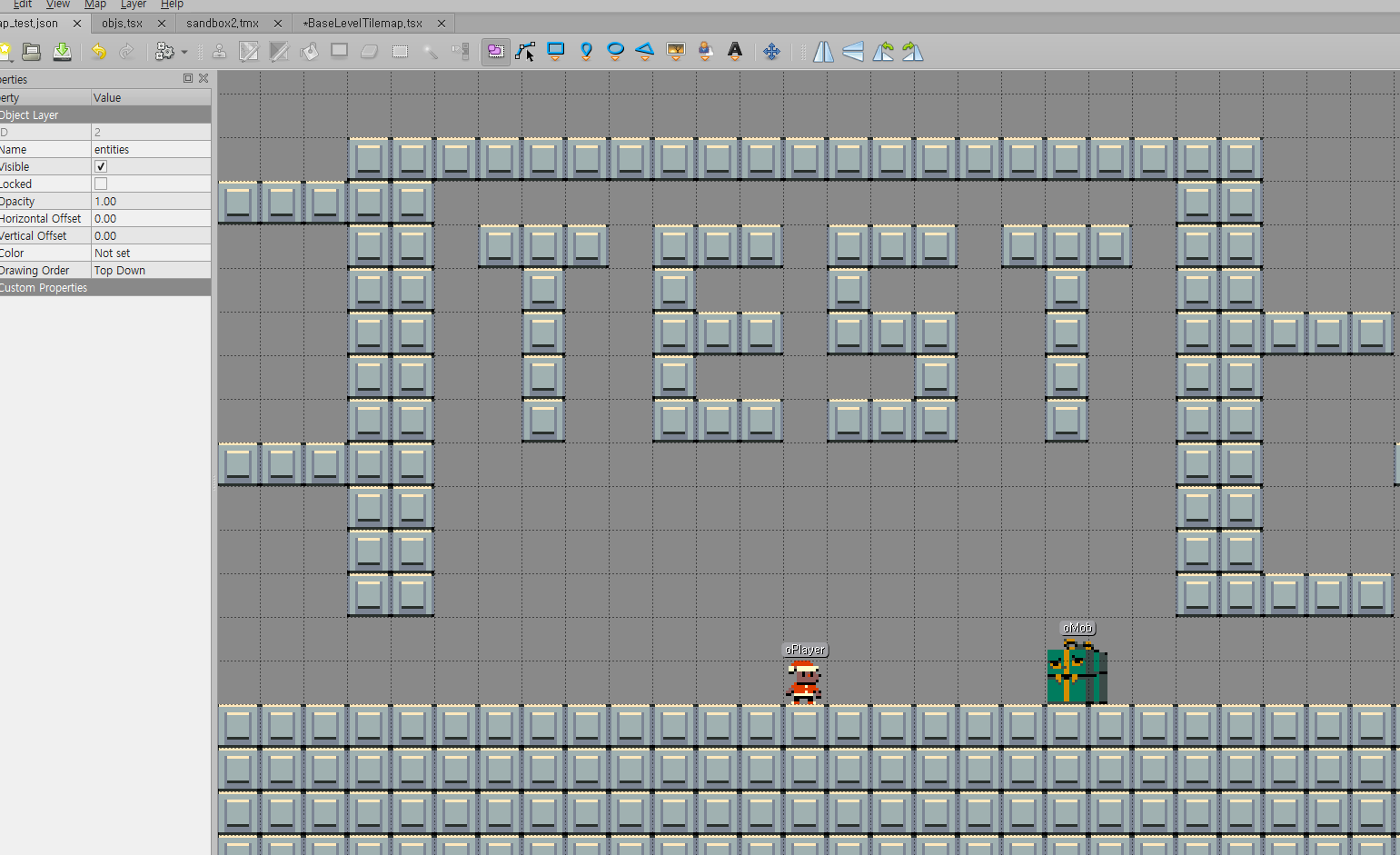 Also, for this time I've decided to use hammer as an weapon instead of swords and I've implemented a proper "combo' system w/ various attack moves!

It was my first time trying something like this so the state of the code was quite messy; even after 'revamping' the combo system and rewriting it from the ground-up.

And at the same time, it was my first 'big' project ever so my bad habits of rapid prototyping has made my game's code into a huge pile of mangled up spaghetti.. And this is why I'm planning to rewrite the game's system w/ readability in mind.

For the player character's design and the overall "juicy" animation feels, I took the note from my old platformer framework I have written for fun back in 2017.
I just built on from this wacky antler dude and sticked some christmas outfits on him (beacause, y'know.. it was Christmas season at the moment.)

Unfortunately, I could't finish the game when the Christmas has came.. So because of that, I changed my plan & decided to work more on the game until I can safely publish the game's out and maybe aim for the next christmas.

And as time went on, I added more contents, more enemies, and more movesets and polished the game.. It was really hard yet fun to work on project with this much of a scale, And I was able to learn a lot of things while working on this project.

(Fun fact #1 : the sprite of this enemy that punches you originates from my old, unfinished tech demo)

(Fun fact #2 : back in time the game's name wasn't called 'CRIKEYMAS' originally. Instead, the game had a name of 'CHRISTMAS HANGOVER OMEGA DELUXE')

(see the video's 2:05 part to see the original inspiration)

And finally here we are, I've worked enough on the game to safely publish the protoype!
The game is still in the prototype phase, but I think I'm safe to say that I have come a very, very long way with this project.
I'm really looking forward to improve this game more & call this as one of my magnum opus!

YEAH, HAMMERTIME™ -- Time to whip out your HAMMER and GET SMASHIN'